During the wait a discussion spawned up, the topic being who is the role model for the Muslim's from the contemporary time frame. 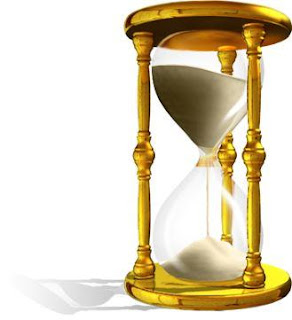 Each name which came up for the discussions had exceptional qualities.

Another said "This persons understanding of the Quraan and Sunna is so very clear, it makes much sense to me"

Another was quick to point out "See the impact of this particular persons speeches and discourses, it is really amazing"

Another noted "And this guy, he is so cool that he has helped too many people already"

The points were vast, discussions open, then the discussion was narrowed down to a few names, until finally the deeni elder arrived.

"How are you folks doing, you seem to be in some kind of discussion prior to my arrival?"

One of us said that "we were in a discussion regarding contemporary people, who would be role models"

"Hmmmmm good topic, and who do you think it is?"

"Well we have narrowed down to few people"

The buzurug stated "We are not capable of deeming some one as role model, particularly those who are alive ..."

"Why is that hazrath?"

"For the simple reason that, no one knows the state of a person, to be precise in what way he/she is going to end up"

"Hazrath can you please make it clear for us?"

The Story
There was an Aabid, who spent his life in worship of Allah with such sincerity and devotion most people considered him to be a Wali of Allah (friend of Allah). Shaithaan's sole mission in life is to misguide people from the right path and his efforts are relentless. Shaithaan devised a cunning plan to misguide the Aabid, shaithaan took the form of a saintly elder and he began to spent his complete time in fake worship of Allah. The Aabid took a note of this new person in the masjid, who never went out for any need not even for food water or other necessities. This aspect astonished the Aabid as he wanted to attain such an 'enlightened state'. Finally he got a chance to talk to shaithaan in the form of the saintly elder.

"I am amazed at your capacity of worship, you do not even need food and water"
shaitaan replied "Yes it is a capacity i acquired, it is not easy to earn it"
"Oh please saintly elder, could you kindly let me also earn the state you have earned"
Shaitaan replied "It is a difficult path, but i can help you to acquire it, I have reached this state after experiencing all kinds of sins and then sincerely repenting from them"
"Okay, so where do i start?"
shaithaan replied "You can start from consuming aclohol"
"Ya allah, alcohol it is such a great sin, i cannot consume it"
shaithaan replied "Well then you cannot even dream of reaching the high state that i am in"

The Aabid started with aclohol, but consuming alcohol is the mother of all sins, gradually his life began to change until he came to his fateful end as one of the sinners who even lost their eeman.

The elder stopped narrating story, as he chuckled, his words broke a bit, i felt he might have thought of how good or bad his state of deeds would be, and not to say we all were in a similar state...

We did not conclude on the role model, the list no longer mattered, as we realized two things.

1. Our role models are those who have lived a life filled with virtuous deeds and activities and ended their life in the same way.
2. How futile is the effort to analyze contemporaries and judge them; the panelists(us)and the candidates are very unsure regarding the state of life down to the final moments here.

The elder advised further, having said that we are encouraged to seek good qualities in others and emulate them, this would help us improve. The role models are already in place, and it is not in our place to compete with them. It would be a great mercy from Allah if he finds any of our deeds as worthy and so would it be to get his forgiveness for our shortcomings.

And be sure that you dont look at shortcomings of others, so that you might feel superior to others in any way, for when you feel superior to others then begins your downfall. Remember the downfall of shaithaan he claimed that he was better than Adam(AS) for Adam(AS) was made from mud and shaithan was built from fire. This superiority feeling led him to be arrogant and disobeying the commands of the lord who created him. Once he desobeyed he became shaithaan-ar-rajeem(shaithaan the cursed). 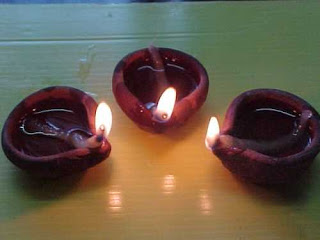 Keep learning, Keep Striving, for Allah watches with kindness the efforts of those who seek his way.
Spiritual