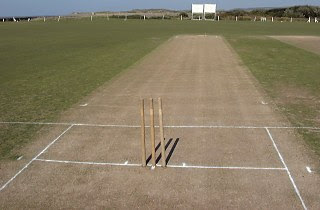 Popular umpire David Shepherd, renowned for his sound judgement and idiosyncracy, died of cancer last night at the age of 68.

Shepherd is survived by his wife Jenny, whom he married last year.

One of the most affable umpires of his era, 'Shep' had officiated with distinction in 92 Test matches and 172 One-Day Internationals, including three World Cup finals.

"I feel very saddened this has happened," a grief-stricken Dicky Bird told of his umpiring colleague.

"He was a fine umpire, we spent many happy hours together. He was a great man and a tremendous man to umpire with. He was a good bloke, he'll be sadly missed and he was a great friend," Bird told Sky Sports.

After dropping curtains on his playing career in 1979, Shepherd made his international umpiring debut in the 1983 World Cup and stood in three successive World Cup finals in 1996, 1999 and 2003.

Renowned for his good humour, Shepherd was hugged by the West Indian players after a Jamaica Test and the then home side captain Brian Lara presented him with a bat with the message "Thank you for the service, the memories and the professionalism."

He would be remember more for his habit of hopping on one leg whenever a team reached 111 or "Nelson" score.

The news brings grief to every cricket lover ...
Magazine