- June 05, 2010
Harmony
He left the masjid, but it was not his first time, he was not hated for what he did, but recognized the value of the small effort he did. 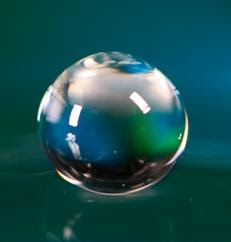 His name is Suresh, the week before also he came to Masjid well dressed, he stood among the rows shoulder to shoulder with his Muslim brothers for the Juma prayer. He did not keep any malice in his heart, he openly said 'I am here with you, only as an effort to build harmony, and my dear brothers I am not a Muslim and my name is Suresh'.
Suresh believes that bowing before the creator in prayer, in togetherness, in equality, in humility, in brotherhood could bring peace and harmony and he tried to practice that. Others prayed the Juma, I found my reflection on Suresh, it struck me and questionned me regarding my faith and my commitment to the matters that trouble our society and humanity in general. 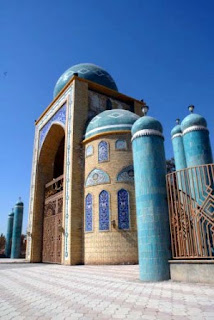 Allah, our Creator looks into my heart, sees why am I here in Masjid, It is for Juma, I prayed the Juma in togetherness,equality,humility and brotherhood like it is meant to be prayed. After the prayer I am entrusted to take this quality from within my prayer and to the world. But Suresh came from outside the Masjid with intention of togetherness, equality, humility and brotherhood and then re affirm that with the Juma Prayer.
What struck me is, if Allah were to analyze me in this aspect of prayer and how I uphold its values Suresh would be a far better individual in front of Allah.
It reminds me of  Hadith in which prophet said which has the nearest meaning of 'The number of those who pray would increase, but you would not find any single soul who has fear of Allah in his heart'.
This happens, it happens when the prayer gradually turns to a habit, and habit turns into a ritual, loosing its core, loosing its life, loosing the essence for what it is for, the purpose it has to serve.
Suresh left the Masjid, but his leaving would have catalyzed a new entrant to those who stayed, Suresh came in to Masjid with something, but what am I taking out from Masjid?
Spiritual