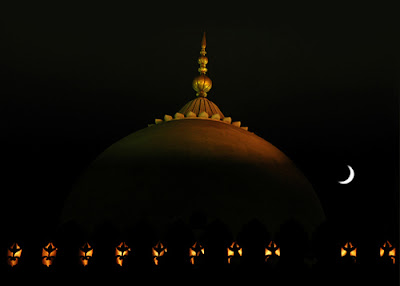 Apart from trimming your belly, it also brings out new things in you, make you realize new things ...

There are two aspects i would like to discuss today, one is an incident that happened recently other is the message of eid delivered at Masjid today. Both are inter-related, let me try to make it short so as to take least of your precious time you are spending here for which i am grateful.

Recently I had an opportunity to travel with a buzurg( an elder, Haji Abdul Lathif ), it was a routine drive for me and we were expecting to reach back home before magrib ( around 6:30 pm ) until it happened. On the way ahead we noticed few cars stopped on the road not wanting to go forward, the buzurg said "I think there was an accident that's why these cars are not going to that site, and people are seriously injured, we should help them, would it be a problem for you?". Every one in the car had the same opinion, 'we should help', I have never been in such a situation before 'Allah has given me a car, if I dont use it when some of his creation is in dire need then what would i answer to him'. The presence of the buzurg gave me courage, he is a man of strong heart ( एक जिगर वाला आदमी  ). We drove the car slowly, stopped near the accident site, a car had hit a bike, the boy was bleeding and lying on the roadside, his clothes drenched in blood. The by standers where hoping some one would come to take the boy to hospital, buzurg told them "we would take the boy". They carried the boy in, keeping him on their lap, alhamdulillah we all had enough space to accommodate every one. 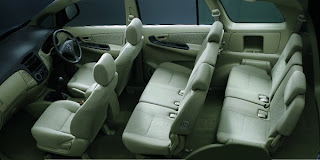 Some one from behind told me, " ഉസ്താതെ ഹെഡ് ലൈറ്റ് ഓണ്‍ ചെയ്തു സ്പീഡില്‍ പോയ്കോ " ( moulvi saab, please turn on the headlight and drive as fast as you can ). The urgency of the situation prompted me to drive really fast, on the way one friend of mine ( Niyas ) said "see if he has a mobile and inform some one", they checked he had a mobile and informed the person he had last called. Within a few minutes some one from his family called to know the situation, Niyas consoled them saying "There was an accident, we are taking this person to so and so hospital so please sent some one as soon as possible". The people in the car were a single soul a single unit with one purpose to try and help this boy. Yet we were all different outwardly; most of the brothers who joined us wore safron lungi and most of us in the car were like ... moulvi saab ... We reached the hospital, we had to leave soon, we took permission they thanked us with gratitude in their eyes.

On our way back, we were thankful to Allah for being of some use to a human being, may be to help some ones son at time of imminent death. Haji saab said "Initially there were such legal tangles that people would walk away as they would have to go through a lot of legal as well as police procedures, now all that is changed. So if some one is met with an accident, only need to drop him to hospital and hopefully save him."

The Message Of EID 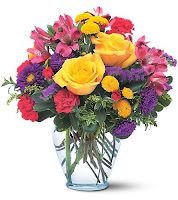 The Imam said, EID is a day of victory and end of a jihad ( striving/struggle for something constructive and not destructive ),  for thirty days we were waging a struggle against the desires of the Nafs ( selfish/carnal desires ) and after 30 days of treating it with hunger, patience, charity, worship, devotion keeping it away from food, sexual desires it has been tamed and purified to a certain extent. This is a great victory over the Nafs, that is the reason why in EID we say 'Allahu Akbar' ( Allah is the greatest ) which is a slogan of victory. We should continue this struggle and keep our self reforming.

EID is an occation to strengthen bonds with our family, our neighbors and all the human beings, on behalf of this Jama Masjid I greet every one hearing this voice, EID MUBARAQ.

The most important need of a society is peace, any one who disrupts peace and spreads trouble and mischief should be brought before a due legal process; who ever they may be; to which we are committed.

As more incidents emerge, people are realizing about the efforts to tarnish the name of Islam and have become capable to distinguish between the truth and what is being projected. As always we are committed to well being, peace and prosperity of all. The efforts to tarnish image of Islam would keep on happening, that is evident from the history it is not a thing that began only recently

As you finish today's EID prayer, go out greet people embrace them and spread true love and strengthen the bond, this is the Message of EID.

The seat of the car and the mat had blood spilled on it from the boys body, that had to be cleaned before it catches deep stain.Cleaning the fabric seat using alcoholic spirit and cotton was not an easy thing to do, it is Allahs way to give the reward two times one for taking the boy and again to clean his blood stains.

The boy in the car is no different from the state of our nation and our well being, for example consider the following situations. Imagine we reaching the accident spot in the car and the communication going in the following way.

Others in the car - "Yeah you are right, these people would not come to our rescue so we should also not help them, we will ignore and go"

Bystanders talks among themselves

Bystander one - "Look at their Beards and dress, they are all some Moulavies"

Bystander two - "We should not take there help, if they shave their beard and wear saffron lungi/dhoti then we can let them help us"

ByStander one - "Correct, and we cannot trust them as they will not make the person reach the hospital in time, its better we wait for someone else who is without beard and wearing a saffron lungi/dhoti, we can only trust those people"

ByStander Two says to us "We dont need your help, look at your beard go and help some one else"

But thankfully, neither "Scenario 1" nor "Scenario 2" happened, because we were all concerned about the welfare and well being of the boy.

Look at our country, which part of it does have peace and prosperity?, but we cannot think beyond  the  narrow mindedness of being too concerned with others wearing saffron lungi/dhoti and shawl,wearing the cross, wearing turban, spotting beard or wearing a headscarf/burqa. 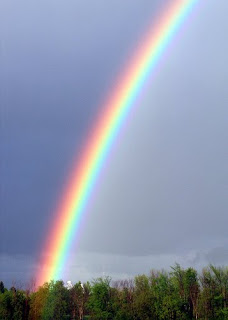 Let us take this ailing country together towards peace and prosperity, this is the practical aspect of message of EID. To look beyond how others appear and work together to strengthen the bonds of brotherhood and bring peace and prosperity. Like the different colors of flowers in a garden, not autonomous but diverse but yet part of the same garden. Can we imagine a rainbow with single color, rainbow is itself characterized by multiple colors and that's what makes it complete.

EID MUBARAQ, THAQABBALALLAHU MINNA WA MINKUM ( may allah accept from us and from you as well ).