The Virtues of Miswaak. 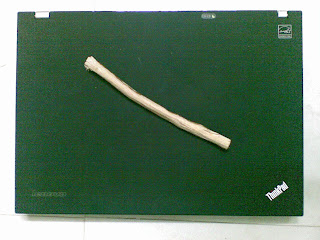 Islam stresses a lot on personal hygiene. A Muslim must be pure to offer prayers to Allah subhanwathala who the purest. Allah has shown the entire humanity how to lead a pure life by the example of our prophet (sallalaho alayhi wassallam). Every act of our prophet (SAWS) is regarded as sunnath and is loved by Allah. Our prophet used to keep himself clean and pure. The mouth that recites the precious names of allah and his prophet(SAWS) should be clean. The way that our prophet (SAWS) has shown is by using miswaak. Islam has accorded an elevated status to the Miswaak. Its importance has been stressed in many Ahadith of our Nabi (Sallallahu Alayhi Wasallam)who used the stick of piloo tree to clean his teeth.
Different ahadees have revealed the benefits of miswaak. “Abu Ayyub (Radhiyallaho anho) narrates that Rasulullah (Sallallahu Alayhi Wasallam) said: ‘Four things are amongst the practices of the Ambiyaa(prophets)—modesty, application of perfume, miswaak and marriage’.” It has been stated that whenever a muslim stands for namaaz after doing miswaak, the angels come closer to him as close as possible to his mouth and whatever he recites from the holy quraan the angels love to listen. It has also been stated that a namaaz offered after doing miswaak is 70 times better than the one offered without it.Ibn Umar (R) narrates that the Messenger of Allah (Sallallahu Alayhi Wasallam) said: ‘Make a regular practice of the Miswaak, for verily, it is healthy for the mouth and it is a Pleasure for the Creator (i.e. Allah is pleased with the Muslim who uses the Miswaak)’.
Thus use of miswaak gives us two types of benefits:(1) UKHRAWI or Benefits which relate to the Hereafter;(2) DUNYAWI or Benefits which relate to this worldly life.The Ukhrawi category comprises the various rewards which the Servant of Allah will obtain in the Hereafter for using the miswaak. The Dunyawi category comprises the immediate benefits or advantages to the human body by the constant use of the miswaak.The prime motive of a true Believer in his use of the miswaak is his desire to obtain the first category of Benefits, i.e. Ukhrawi, while the second category of benefit would obiviously be there. In fact, the importance of the miswaak is such that at one stage our prophet (Sallallahu Alayhi Wasallam) was under the impression that Allah Ta’aala might decree the use of the Miswaak Fardh (compulsory) upon the Ummah. "If I did not fear imposing hardship on my Ummah I would have made its use obligatory upon my people".
Times when usage of Miswaak is Sunnah:1. For the recitation of the Qur’an.2. For the recitation of Hadith.3. When a bad smell comes out of the mouth.4. For the learning or teaching of virtues of Islam.5. For making Dhikrullah (Remembrance of Allah, meditation).6. After entering one’s home.7. Before entering any good gathering.8. When experiencing pangs of hunger and thirst.9. After the signs of death are evident.10. At the time of Sehri.11. Before meals.12. Before undertaking a journey.13. On returning from a journey.14. Before sleeping.15. Upon awakening.
How to use miswaak?A miswaak should be held in such a manner that the small finger and thumb is below the miswaak and the remaining fingers on its upper side.
By now you must be wondering how everyone can get a miswaak. Though the original miswaak was a stick from tree even tooth brush is a substitute of miswaak. Isnt it recommended by the dentists to brush the teeth in the morning and during bedtime? In fact if you don’t have the original miswaak you can simply brush your teeth before wuzu.
Miswaak also has medicinal values. It contains a number of natural antiseptics that kill harmful microorganisms in the mouth; tannic acids that protect the gums from disease; and aromatic oils that increase salivation. Because of its built-in antiseptics, the miswaak needs no cleaning, and because its bristles are parallel to the handle rather than perpendicular, it can reach more easily between the teeth, where a conventional toothbrush often misses. The Prophet (SAWS) taught us more than 1,400 years ago to use the miswaak to clean our teeth and mouth and give it a nice scent. Miswaak also increases the eyesight, it pushes away old age, it helps digestion, it removes the pangs of death, and it reminds the person of the Kalimah before death. Shaytaan(devil) runs away from it, it increases means of livelihood, it removes toothache, it strengthens the digestive organs, and it strengthens the mind. However, among the many advantages and benefits of using the Miswaak, one of the greatest benefits is the good-fortune of being associated with the Ambiyaa(prophets) in this holy practice. On the other hand, those who neglect the use of the Miswaak invite upon themselves a great misfortune by being deprived of the tremendous amount of Sawaab (Reward) which this noble practice carries. May Allah grant us all tawfeeq of doing miswaak in the way our prophet (SAWS) did. Ameen.
May allah accept my first blog to his pleasure.Ameen.
Health Spiritual