- July 09, 2009
The purpose of savings is to derive benefit for the future, our future includes the life of the hereafter.
For prescribing medicine people would approach doctors not engineers, for building a house the expert is an engineer/architect not a doctor, For each branch of information/knowledge one has to rely on its experts. [ read more about fatwa ] 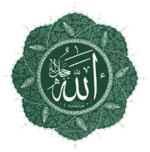 The Question
I’ve a question regarding the payment of taxes in my country.
With what I am earning today, I am eligible to pay the Income Tax in my country. Now my question to you is can I exploit the IT rules so that I don’t have to pay the tax or pay minimum tax. Whats the ruling in shariah for this?
The Fatwa (link)
Principally, income tax is not a legitimate Shar’ee tax which may be imposed by an Islamic state. However, if a person chooses to adopt the nationality of a non-Muslim country, then he is morally obligated to obey the rules of that country. This is in keeping with the teachings of Nabi [sallallaahu alayhi wasallam] that a Muslim should not behave in such a manner that will bring himself (and Islam) into disrepute (a sure outcome of tax evasion).
However, we sanction tax planning which is employing concession, rebates, etc. available to the taxpayer within the country’s tax framework in order to minimize the tax liability.

Given the situation of being in this part of the world where income tax is fact of life, one has to plan to make effective use of available concessions.
The fatwas are given on a case to case basis, it may not necessarily apply to all, so what I did is.
So regarding my tax saving plan he said it is permitted provided the following conditions are met
Mufti Muzammil, Madrasa Manjeri

This Fatwa is not for every one, its better to ask A Mufty directly, finding a right Mufti would take talking to a lot of people and making duas.
Magazine Spiritual Technology