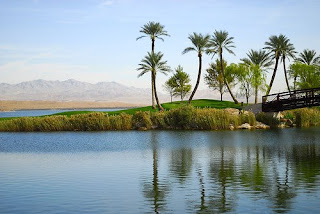 Man is made with some characteristics deeply rooted within, the key character is to strive to excel. Talk to any one, you would hardly ever find a person who strive to fail. We can try asking Mittal, “Sir, would you like to retire now that you are the richest person?” he would say “well I can do better; in fact I have plans for the next decade already in place to excel”. Let’s ask the same question to a beggar in a way he would understand “See, how little you are earning and cant you look for some other job?” he would say “See, it is true that my daily revenue is a bit less this month, but I have found some hot spots where I am sure to find more revenue, and my boy begging is an art not every one can do”.

This world and the things within it and the struggle for the things of this world is the root cause of all the problems in the world. Every where you find problems when you dig deep in you would find the reason for it to be love for worldly things. Between father and son, between brothers and sisters, between neighbors, between relatives, between husband and wife analyze the problems and it would come finally to the unending desire for worldly materials. Its not just money or power or gold or treasures or land but things of the world include Children, Women, Men, Fame, and Status etc.

When the inherent character of desiring to excel binds itself in achieving worldly materials and that sole aim takes its form, the aspirants becomes the root of all evil spreading mischief and trouble for every one.

When the root character becomes to earn the pleasure of our creator and achieve success in this world and the hereafter by being better individuals then the aspirants becomes role modals and harbinger of peace and harmony.

A huge amount of Musk was brought before Khalifa Omar (rad.), when ever he gets gifts like this he would distribute among his subjects. So when people gathered he requested “Can some one weigh this for distribution”, so a wife of the Khalifa said “shall I weigh It for you?” the Khalifa said “The main property of the Musk is its fragrance, when you weigh some of the fragrance would still remain in your hand and clothes, and that would add to my share, on the day of judgment when my lord ask me why did you take so much amount from the Musk what answer could I give? So let some one else come and weigh it”.

Hazrath Ali (rad.) had a saddle a Jew came and claimed that it was his, the incident happened during Hazrath Ali’s Caliphate. So Ali directed the other person lets go to a Qazi who can decide on this and he let the Jew choose the Qazi among the Qazi’s appointed by Hazrath Ali. The Qazi asked “O Khalifa what proof do you have that shows the saddle belongs to you?” Hazrath Ali said “I am here as a citizen not as Khalifa and My son Hasan (rad.) will testify for me”. The Qazi said “Only your son? Well if the only witness for possession of the saddle is your son then by Sharia in this case the witness is not sufficient for you to take possession of the item”.

The saddle was given to the Jew by the Qazi’s fatwa. It might have been Khalifa’s own saddle but he wanted to excel, he can afford to loose material things of this world but could not compromise on excelling in front of the lord whom we all are answerable.

There are numerous incidents from the life of the prophet and his rightly guided companions.

One day Hazrath Omar came to visit prophet (peace and blessings of Allah be upon him), prophet got up and Omar saw the marks of the mat on the skin of the prophet, seeing which tears started to flow from the eyes of Omar. Prophet asked “why are you crying” to which Omar replied “Kings of this world live a life of comfort and ease and messenger of our lord you have all the options to lead a comfortable life and yet ….”. Prophet consoled Omar saying “I have chosen the everlasting hereafter to the short life of this world”

These people also wanted to excel in being good and seeking the pleasure of their lord they choose hereafter as a place of remuneration and recognized this world as a place of test. Imagine if we had the same qualities the world would definitely have been a better place to live in.
Magazine Spiritual