Tribute to a good Human being 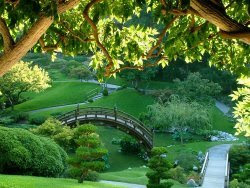 This Saturday at 1 am he passed away, suffering from a cancer that affects bone marrow and kidney. He is my uncle, husband to my mother’s sister a man of gentle nature and a pious believer. In all my memories regarding my uncle he appears pleasing or smiling, when ever he talked the words came through very clear the sound was just right. I can relate it to some one who tries to pull of a soft cloth stuck in thorns very carefully. The result being the cloth released from the thorns without being torn. His brother, a professor of Mathematics was my local guardian teaching in the same college I did B.Tech. My cousin’s (uncles son) Nikah was scheduled to be for 30th, but it was conducted early – last Friday in a Masjid, alhamdulillah. Something about good people is that they seem to understand good attributes within a person, and reminds you to keep those good attributes and no matter what ever be the circumstance they beckon you to hold on to those good traits. Since such traits does not bring you a fat pay slip, does not make you a ‘smarter’ person, people would rather try to take advantage or take you for a ride, It is a tough call to hold on to those attributes. My last conversation with my uncle over the phone was a reminder for me, some one who knew that his time was coming, some one who knew that life as we know it would come to an end, in the end what really matters.

Since my cousins Nikah was coming, I rang him up on his number to catch up with preparations and also to enquire on health of my uncle. My uncle answered the phone …. (please don’t cry my eyes, the traveler has left for his destination. If it is to cry be it for me for I know not what fate waits).

We discussed the plans for the Nikah and the functions for the marriage, and I enquired regarding his health he replied the treatment was still on. Then he asked regarding the case, I replied I do not know what is going to happen, my friend has filed a case, and requested his dua. Then he said, he said it with a speed which was not normal from him, he was trying to express how he felt, and his sentiment came through with his speech he was speaking with more pace than normal as if he was panting. He said its all from Allah, test from Allah, how can a person who does not intend any harm for any one either in thought or in action be put to troubles like this. It is a trial Allah will help. I requested his duas again and the call ended.

As I look back, he did not curse the people who put us and our family to trouble instead he mentioned the attribute ‘of meaning no harm for any one’, his words did not seek retribution but it silently preached forgiveness and redemption. Reminding me again that death would come, I am to meet my Allah, it is better to meet him such a state that my heart is clean from having ill will about any of his creations. It is from hadeeth – “Ad-Deenun -Naseeha” deen(Islam) is wishing well for all. Now I can say that my uncle had lived a life, enviable, and leaving us with a legacy of piety and good attributes.