Misconceptions of some inmates, incident #6 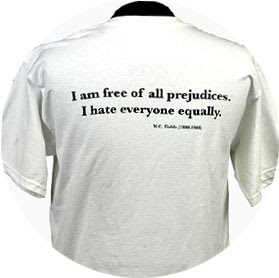 Most Muslim inmates in tihar had misconceptions regarding definition and understanding of some Arabic terms and their implications, much to the discomfort of Shaji and myself. Having spent some time with them, for prayers and also some shared our own dormitory. Shaji and I were quite disturbed at these notions, we decided that we have try and set things straight. So it was decided that we would discuss the topics that would clear the confusion after a congressional prayer.

After finishing a Asar prayer, we asked if we could discuss some things which are important in Islam and every one agreed.

So I asked “Who is a Kafir?”, answers came from left and right.
“Those who do not believe in Allah”
“Non - Muslims”
We replied in the negative and then explained who is Kafir, “Kafir is a person who is convinced from within his heart that Islam is from our creator and there is only one god(Allah) and he is the creator and yet do not follow the commands of creator but follow his own whims and fancies”.
Then we asked “Do you agree on this, is this what you had learned?”
They said “Yes”
Then we said “We know Islam is from Allah, do we follow every command from Allah?, Allah has commanded us justice and good character how much are we following?, don’t we have non Muslim friends with good character and good sense of justice? So aren’t we more of a Kafir than the non Muslims?”
They said “Yes”

Then we asked “What is Jahalath (Ignorance)?”
“Not having learned Quran or Hadeeth”
“Not Studied Islam”
“Not gone to Madrasa”
Then we said “Jahalath from Islamic perspective involves does not knowing our creator and what he expects from us, is this right?”
They said “Yes”
Then we said “So most of us and the non Muslims are Ignorant, but certainly as of now the non Muslims are not Kafir, am i right?”
They said “Yes”

Then we asked “So who is a Muslim? Those who eat meat? And have circumcised?”
They said “No”
Then we asked “Will having a Muslim name make you a Muslim?”
They said “No”
Then we asked “Will having Muslim parents make you a Muslim?”
They said “No”
Then we asked “Can Islam be inherited?”
They said “No”
Then we asked “Islam has to be earned, It cannot be inherited, otherwise we will point at others and say they are Kafirs, they are Mushrik, they are Munafiq and so on but what use would we have when we meet Allah and not have even the single trait of a Muslim?
Don’t you agree?”
They said “Yes”
We continued “The Prophet (peace be upon him) and his righteous followers had fought wars, but never hurt an unarmed, never killed civilians in war, nor women and children, and they never fought to conquer land, or to loot or plunder. Abdullah Ibn Umar (Allah be pleased with him), one of Ulema among the Sahaba(Companions of prophet) stated once "Prophet has not taught us jihad to conquer lands". But later many came with Muslim names claimed themselves as Muslims, they conquered lands, and proclaimed others as Kafir and Mushrik. They failed to realize that Islam cannot be inherited but have to be earned. Should we do the same mistakes again? We come from a land where Muslims where the chief army officers of Hindu kings, because they were real Muslims, with qualities that Allah likes their prayers lively, their lives clean, their selves trust worthy. This world Allah has created for human beings and In Quran Allah has said “I have given respect for the progeny of Adam”, should we not respect the ones Allah has given respect to? So lets learn about Allah and what he wants from us, one day it is certain that we will meet him so that day we should be among the ones who has obeyed him.”

After these discussions we found a positive change in the Muslim inmates towards others and we were much relieved that at least there is some hope of a good future if we give it a try. To heal and let ourselves be healed.
Magazine